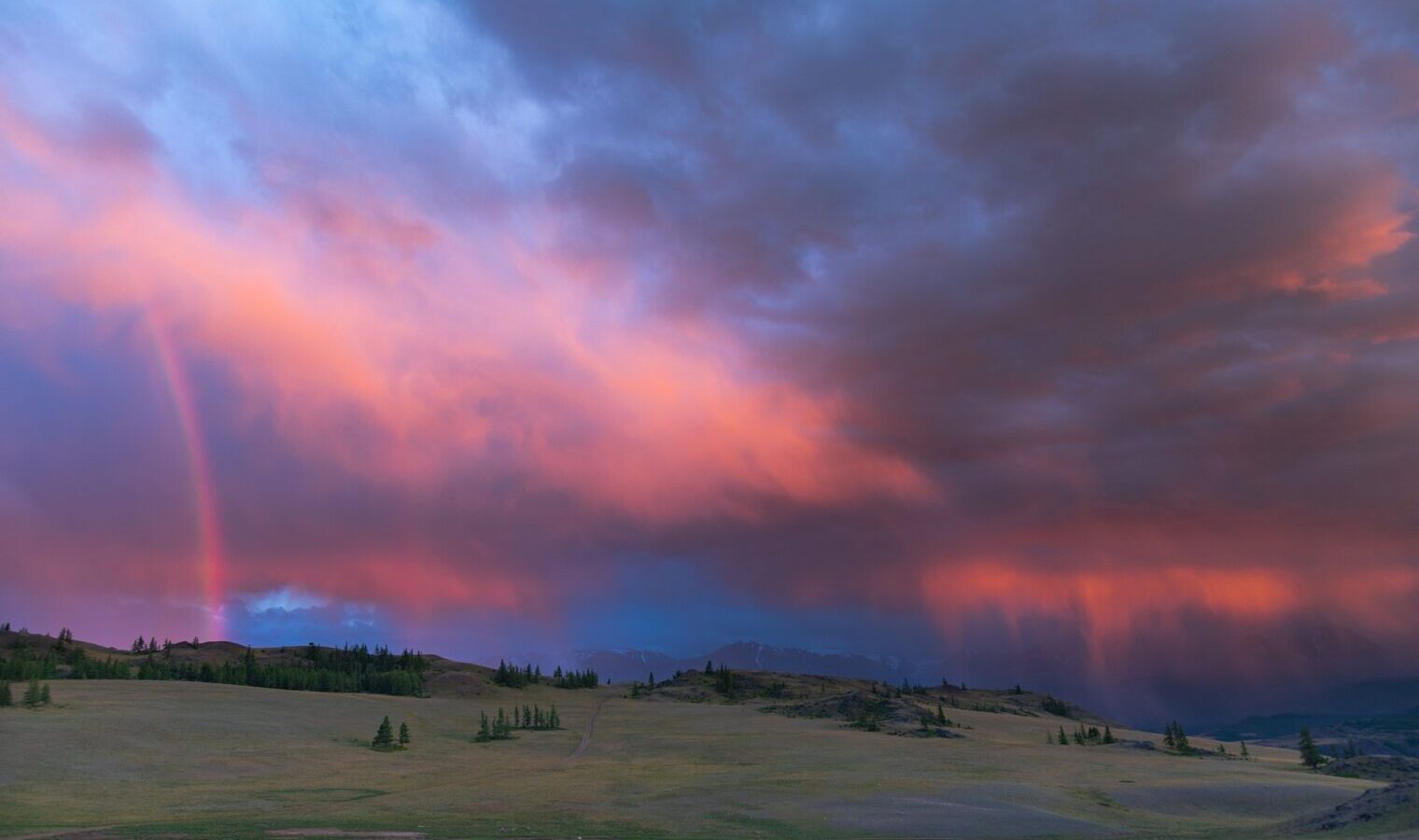 I Heard The Lord Say: “It’s A Year Of Endless Possibilities!”

I’m hearing the Lord say, “My possibilities are endless. I will take you higher than you thought you could ever possibly go. Let Me remove your limitations, so that the things that have hindered you from entering the fullness of your calling and destiny are no more. The possibilities for you are endless… It’s a year of endless possibilities!”

The Possibilities Are Endless!

As we approach the Hebraic year 5780 (and the Gregorian calendar year 2020), I hear the Lord saying that this will be a year of endless possibilities. In the Hebrew alphabet, the letter Pey has the numeric value of 80. The primary meaning of Pey is “mouth,” and by extension “word,” “vocalization,” “expression,” or “speech.”

If you remember, Moses was eighty years old when he was called to lead the children of Israel out of Egypt, and eighty also seems to be indicative in the Bible as a sign of strength in human life (Ps. 90:10). Remember, too, that Moses had been called by the Lord at this age to be His mouth and voice for Israel, although when Moses protested the Lord appointed Aaron to be a mouthpiece, or spokesperson as well (see Ex. 6:28-7:7, 4:14-16).

At the time of Moses’ calling he was neither eloquent nor articulate. God, however, seemed not at all concerned. Slightly paraphrased, He said, “Don’t worry about it. I’m the one who made your mouth, so no matter what your speech limitations are—I’ve got it covered. In fact, I will give you a new mouth” (Ex. 4:10-12).

Concerning this New Year of 5780, I’m hearing the Lord say, “My possibilities are endless. I will take you higher than you thought you could ever possibly go. Let Me remove your limitations, so that the things that have hindered you from entering the fullness of your calling and destiny are no more. The possibilities for you are endless… It’s a year of endless possibilities!”

As I was considering the things that can restrict us from fulfilling our calling, the Lord reminded me of a specific occasion when He supernaturally delivered me from a debilitating condition. In my case, much like Moses, I literally needed a new mouth, or voice, but limitations come in all shapes and sizes and can include things related to finances, health, personal or relational situations.

At that time I was in my early forties and had just experienced the presence and power of the Lord for the first time—despite having been a Christian for about thirty years—and it literally rocked my world. Although I was not quite yet Spirit filled, I began to pour myself out before the Lord in a way I had never thought possible. I desperately wanted a chance to live my life as He would have me live it—in strength and in power, instead of how I’d been living it—in hopelessness and defeat.

One particular night I went to bed quite late, having stayed up to pray, praise and read the Word. As I lay there, something quite odd began to happen. I had a sudden and (thankfully) brief vision of all sorts of filthy images flash before my eyes, so I quickly sat up in bed and turned on the light. Concerned, I woke my husband to tell him what had happened—we prayed together, and I lay back down to try to sleep. Thankfully I saw no more nasty images, but it was clear that something unusual was happening. It’s hard to describe, but there was a peculiar head-rush sensation together with the distinct impression of being in the middle of something. I had an odd sense of being suspended. (Only later did I realize I had been in the middle of a spiritual battle!) All I could think of to do was to recite John 3:16 over and over from memory until the sensations finally subsided. The whole experience lasted perhaps five minutes, maybe a bit longer, and then something seemed done—finished—and I decided to get up and use the bathroom. That’s when I heard the Lord’s voice for the first time ever in my life! I clearly heard, “It’s withdrawal.”

I knew instantly that I had just been delivered of a powerful spirit of withdrawal that had been over my life for at least as long as the last 26 years! I had wondered why I had always been so uncomfortable around people—so extremely, painfully and awkwardly shy! It was literally impossible for me to so much as introduce myself in any kind of group setting. My heart would pound and race, my voice would tremble and shake—this was something that had defined and limited my whole adult life. And in five minutes the Lord supernaturally, singlehandedly, unequivocally smashed my limitations and gave me a new voice!

It would have been impossible to fulfill my destiny as an ordained minister without a mouth. What’s holding you back? Whatever it is, this is your season for God to supernaturally break off the limitations so that you can live your best, fullest God-ordained life!

Within this context of endless possibilities, I also heard the Lord say, “It’s very important to know you have a new name written down in heaven.” Revelation 2:17 (NKJV) says, “… To him who overcomes I will give some of the hidden manna to eat. And I will give him a white stone, and on the stone a new name written which no one knows except him who receives it.” Revelation 3:12 also speaks of being given a new name, again in relation to being an overcomer.

Being given a new name is significant in Scripture. Both Abraham and Sarah were given new names as symbols of covenant and blessing that included becoming a father and mother to kings and nations. Jacob received his new name, Israel, in the context of blessing as well, although we also find mention that his new name was associated with having overcome, or prevailed. Just imagine—in that moment, Jacob went from having a name which essentially meant “to seize by the heel” or “supplant,” to one that can literally be translated, “Prince with God!” (See Gen. 17:4-16, 32:22-30.)

The Lord recently directed me to Jeremiah 33:11, a passage I was already familiar with and knew to be connected with renewed covenant blessings and restoration. In speaking of a return to restored covenant, joy, and blessing it reads: “… ‘The joyful voices of bridegrooms and brides will be heard again, along with the joyous songs of people bringing thanksgiving offerings to the Lord. They will sing, “Give thanks to the Lord of Heaven’s Armies, for the Lord is good. His faithful love endures forever!” For I will restore the prosperity of this land to what it was in the past,’ says the Lord” (NLT).

Then there it was—something I hadn’t remembered was there. In the verses following, the Lord establishes He will perform the good things He had promised and restore excellence to the house of Israel and to Jerusalem. Jerusalem, which means “city of peace,” is given a new name. Verse 16 says: “… And this is the name by which she will be called: THE LORD OUR RIGHTEOUSNESS.”

Because, friends—a name changer can be a game changer!

Friends, you are an overcomer in Christ and the Lord wants you to know that you have a new name. It speaks of blessing. Renewed covenant. Restored joy. Increased favor. Higher levels. In short—your new name speaks of endless possibilities!

You are not too old, too young, too damaged, too far-gone, too little, too late, too lost. Ask the Lord to supernaturally break off the limitations, that you may experience the fullness of your calling and destiny for this new season. I am confident that HE WILL RESPOND!

“If you then, being evil, know how to give good gifts to your children, how much more will your heavenly Father give the Holy Spirit to those who ask Him!” (Luke 11:13, NKJV) 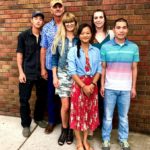 Previous Story
An Update – God is Moving in New Ways!
→ 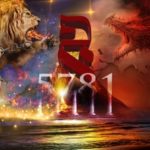 Next Story
A Season Of Prophets And Pentecostal Power: It’s Going To Be A Good Year!