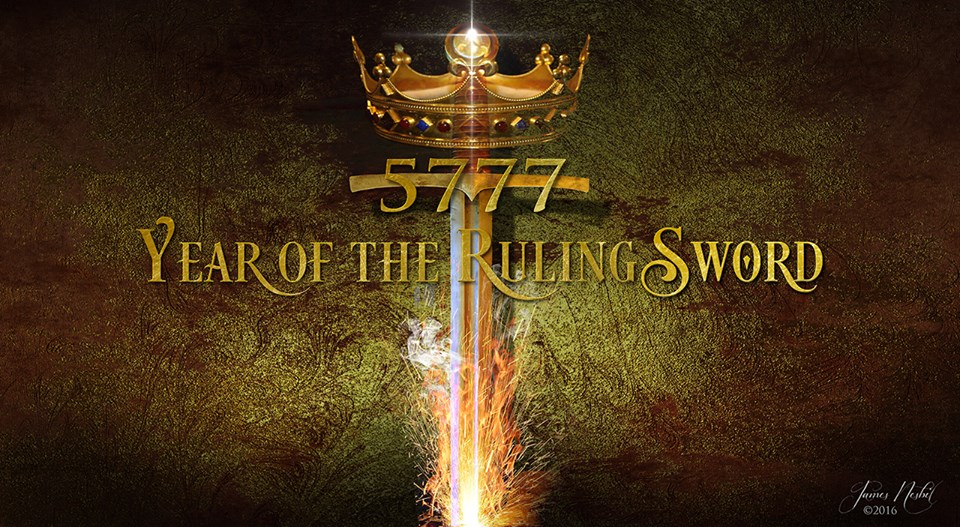 5777 – A Year of Restitution, Reconstitution and Resolution

Can You Feel The Shift?

It’s significant that both the Hebraic (5777) and the Gregorian (2017) new years contain the number seven—seven being a number symbolizing completion and covenant. As you might know, the Hebrew letter for seven—Zayin—conveys a crowned Vav (the Hebrew letter for six is a Vav), as well as a ruling sword. I have heard the Lord speak much about both aspects!

One night in mid-September I was awakened to hear the word of the Lord as a question—“Can you feel the shift in the atmosphere?” It is the ruling sword of the Lord moving across the earth that is bringing the shift that has already begun—and will even yet be coming. It will be a season of great changes, acceleration, warfare, favor and victory—not just for individuals, but entire households!

It could even be considered the end of an era and the start of a new one.

“Return to the stronghold, you prisoners of hope. Even today I declare that I will restore double to you.” (Zech. 9:12)

Zechariah 9:9-17 is key for this season. Every facet of what the Lord showed me is referenced within this passage.

I saw two main aspects concerning restitution—which could be said to correspond to the two sides of a sword. Scenes from an airport passport or customs checkpoint illustrated both.

In the first I was about to join a line waiting to enter a checkpoint. Just then, I clearly overheard officials up ahead discussing my husband and me, so I pulled back to reconsider. Previously, at a different airport, an official had inadvertently stamped our passports with an incorrect stamp. Even though he had recognized his error almost immediately and told us not to worry—that he would notify other officials of the error and we shouldn’t experience any problems—we had been hassled at every airport since because of this mistake.

But then! As we drew back to reconsider, several people approached us to say, “Haven’t you heard? You’re hearing your names because you are now to be given special and expedited treatment to make up for being unjustly treated!”

In the second, a “bad guy” attempted to go through customs. But at exactly the moment he was in front of the customs official, his picture flashed on the monitor as someone to be on the lookout for! And not only that, a description was given of what he was last seen wearing—and it was an exact match! Of course, this “bad guy” was apprehended.

A Season Of Reconstitution

Reconstitution could be defined as the act of building something up again, or anew: the process of restoring something. Paramount to this has been the preceding year of the Vav (5776), in which saints staked their claim as a sign of renewed covenant, paving the way for a new form of kingdom government to manifest in the earth—the ruling sword! (See also Matt. 10:34; Rev. 6:2-4.)

The night before the election I heard the Lord say, “It’s a year for kings, crowns and royalty.” This brought to mind a word I received in March when Nancy Reagan died. I felt the Lord said she brought a certain dignity and strength to the White House, and that the Reagan’s brought a sense (almost) of royalty to our nation—that our nation had lost a sense of dignity and respect that the Lord intended to restore.

Trump is undeniably a king in the modern cultural sense, as kings today are those who occupy mountaintops—Trump’s power has been in the business mountain (or kingdom). One characteristic of kings (if this is a new line of thought for you) is that they typically marry the most beautiful women in the land (think Esther). Those on top of the cultural mountains often still do this (like athletes, music stars, movie stars, etc.). Certainly Trump demonstrates this behavior.

The ultimate reconstitution involves our true King, Jesus—whom we are covenanted to as His bride. The Lord revealed to me that the door is opening (is ajar) for a new move of His presence, to be called the Bridegroom Movement—the largest move of God ever seen! (See Jer. 33:11.)

We can expect the Lord’s glory to shine through like never before. God re-establishing His covenant is going to usher a movement of greater glory—expect new levels of glory, new dimensions of His presence, and expansion within the prophetic. Watch for His voice to come forth from the cloud! (Exod. 34:5; Luke 9:33-35)

It’s a season of re-mantling for increase. Just as Elisha already had the mantle from Elijah but was re-mantled for increase when he saw Elijah caught up to heaven, faithful ones who have refused to turn back or be left behind will see increased authority. The Lord will use the voice of His servants as a sharp sword! (See 1 Kings 19:19; 2 Kings 2; Isa. 49:2-6.)

This reconstituting also brings prophetic people new identity—the face of the prophetic is changing. Watch for new levels, new strategies and new ways of doing things. The old ways will not work anymore, but He will give you the new! (Isa. 42:9)

“The Lord their God will save them in that day, as the flock of His people. For they shall be like the jewels of a crown…” (Zech. 9:16)

One area of resolution the Lord impressed on my heart is that the mistreatment of women will be dealt with. I saw a scenario from which certain points stood out with great clarity.

First, there was an element of women being taken advantage of by men with power in the business mountain (workplace) and the church mountain (pastors and others in spiritual authority). This abuse—in the form of unwanted sexual advances—was ongoing, happening in secret, and in many instances reoccurring throughout generations and bloodlines. Then, I saw the women fighting back; one woman left scratches and marks on her abuser! 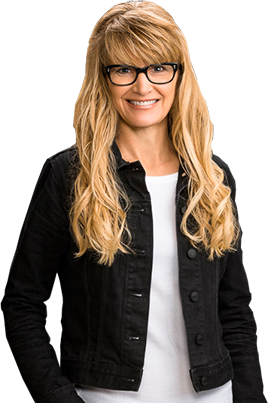 Next, I saw the women giving testimony of their abuse in the presence of two or more established witnesses. This was not easy for them, but they were given the grace and strength necessary to testify.

Then, those accused—like the man who had been scratched—entered the scene. The evidence showed the women indeed had fought back (the accused had visible scratches and gouges), lending credibility and integrity to their claims. The men were thus exposed, and overcome with shame and embarrassment. Finally, new strength was given these women enabling them to resist any unwanted advances should it ever again be necessary!

In another area I saw breakthroughs coming through prophetic people resolving racial tensions passed through generations.

In a dream, I was living in my in-laws’ house, and was shocked to discover a young black child devouring pet food placed under the front porch for my cats! Stricken by his extreme hunger, I went to get the child some real food.

It was apparent that this young boy lived down the road with his grandmother. As the interaction continued, he matter-of-factly declared, “My grandma hates your mom.”  Pausing momentarily I said, “You know, sometimes when something happens, the two people involved see and describe the event differently. One person might add something to their story, and the other person might add or leave out something else. It’s not because either of them are lying or are bad people, or anything like that. It’s just that they each saw or experienced what happened differently.”

It was obvious the young boy was greatly impacted by this insight and consequently saw things in an entirely different light!

It’s a season of new levels, acceleration and harvest. Great favor and resources are coming that you might advance His Kingdom—crazy favor, unprecedented favor—for a harvest like none other. It will be like from now on everything is golden.

So while it’s also a time of increased warfare, remember—angelic forces are with you as you move forward… The sword of the Lord will prevail! 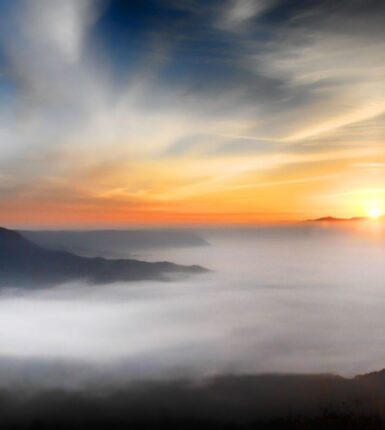 Despite it having been a season of loss, it’s a season to press through open doors—not just stand still or draw back. The Lord has a... 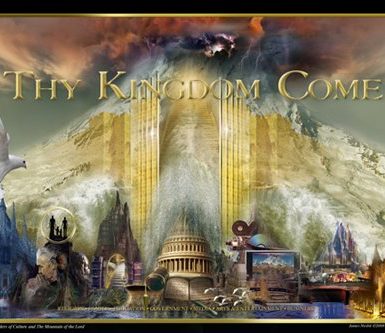 There’s been a shift in momentum in the spirit, much like what Jacob experienced in Genesis 31. He’d been working for Laban all those... 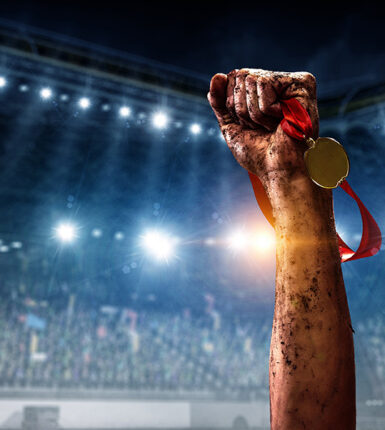 Understanding God’s Heart For The New Year: Victory Has A Taste!

I have so enjoyed reading the words for the year that have come forth. Many intriguing themes are being repeated—like victory, comeback,... 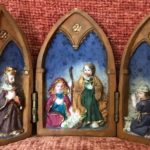 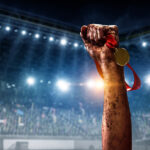 Next Story
Understanding God’s Heart For The New Year: Victory Has A Taste!